This doesn’t account for cigarette butts or plastic bags frequently littered. Instead, illegal dumping is defined as a large deposit of any waste — usually anything over 15 pounds or 27 cubic feet — in areas like woods, alleys, waterways or vacant lots. However, each state or municipality is in charge of deciding what counts as illegal dumping.

There are plenty of reasons that people decide to illegally dump their trash. They range from a lack of education on available disposal options to simply not taking the time to drive to the local landfill or transfer station. However, according to Sara Popescu Slavikova, co-founder of Greentumble, the most prevalent reason is a shortage of legal disposal options.

“A waste disposal system has to be simple and accessible for common people,” Slavikova said. “Prices for disposal cannot be too high that they discourage people.”

Additionally, Slavikova mentions that a lack of monitoring by authorities or punishments that are basically just a slap on the wrist help contribute to the problem. 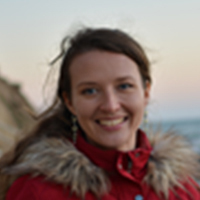 “Fines for illegal dumping have to be high and if there is a new illegal dumping ‘hotspot’ forming in the area, it needs to be monitored from time to time and violators need to be punished.”

The Impact of Illegal Dumping

Even if you aren’t the one committing the crime, you’re still the one paying for it — in more ways than one. There are the obvious ways that you are affected, from neighborhood blight to the negative stigma that comes with it. On top of that, waste pollutes the local environment and places a financial burden on you if the city needs to step in for the cleanup. 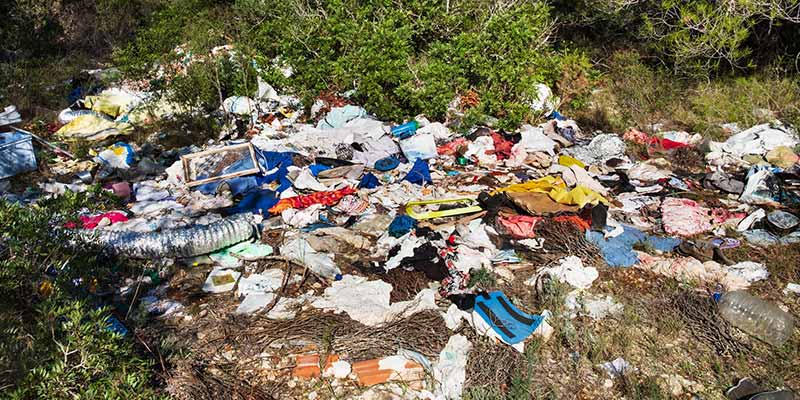 Effects of Illegal Dumping on the Environment

When trash is introduced into the environment, there are a variety of potential risks for the land and animals nearby. The scope of the impact, though, is not always obvious and could take some time to present itself.

When a mass amount of waste is in one place, there is a risk to the soil and water nearby. Unlike regulated sanitary landfills which work to protect the surrounding area from contaminants, illegal dump sites do not have built-in systems and constant monitoring for environmental safety.

In an unmonitored, unregulated situation, runoff from hazardous waste can work its way into streams, rivers, lakes and even into drinking water.

“When exposed to the elements, waste usually starts to degrade. During this process, many unwanted chemicals and toxins that were previously bound together or to other molecules start leaching into the soil, are emitted into the air or washed off into water.”

Additionally, according to Slavikova, chemicals can seep into soil and cause the ground to be infertile or even encourage the spread of invasive vegetation that are immune to the effect of the chemicals. It is also possible for the chemicals to enter vegetation that could make its way into food supplies.

Animals are not immune to the impact of illegal waste dumping. In fact, they tend to feel the impact first.

The best-case scenario is that they are mildly inconvenienced by a pile of trash that blocked their normal travel path. Unfortunately, that is not where the problems tend to stop.

Smaller creatures may get ill after eating the trash or potentially become tangled in the debris, making them easy targets for predators. Should runoff or the trash itself make it to a water source, fish may experience depleted oxygen supply or ingest the waste particles.

Trash also tends to attract wildlife that may not be native to that particular area. From mosquitoes to raccoons, this can lead to new diseases and predators entering the area, disrupting the natural flow of the ecosystem.

Garbage tends to be flammable. That is because the various pieces of trash can mix, which may release combustible gasses.

If an illegal dump site is left unchecked, it increases the odds of a spontaneous fire that can grow and eventually become a full-fledged forest fire. Additionally, dumped trash can cause floods either by blocking the natural pathways of water or speeding up the process of erosion.

Effects of Illegal Dumping in Your Community

The environment isn’t the only victim of illegal dumping. If an unauthorized dump site appears in your neighborhood, you and your community can be impacted more than you might expect.

One of the biggest risks illegal dumping poses to humans is illness. Sites where trash is just sitting out are a breeding ground for insects like mosquitoes and flies, but also for animals that carry diseases like rats, skunks and opossums.

A few of the life-threatening diseases that these insects and animals can bring include Dengue Fever, Yellow Fever, Encephalitis and malaria.

Salvikova also notes that living in a community that has visible dump sites could also wear on mental health. “Our mental health is affected by the cleanliness of the environment we live in,” Slavikova said. “Places known for illegal dumping are regarded as ‘dirty.’ People do not feel comfortable and safe around them.”

When it comes to urban or residential areas, some of the biggest issues come from people using a vacant lot as a dump or individuals deciding to leave bulk items at the curb when it’s not bulk trash day. While both are considered by many cities to be illegal dumping, the visual message it sends is where the damage is done.

If a potential buyer comes to a city and is bombarded with bad smells due to an illegal dump site and can’t drive down a street without seeing trash in vacant lots and sitting on the curb, they’re more likely to tell others that the area isn’t where they want to visit or live. And when properties don’t sell, the market in the area as a whole begins to decrease.

“Whole neighborhoods surrounding illegal dumping sites are undervalued and overlooked. They are less likely to receive funding for development projects and it makes it harder for them to step out of this vicious cycle.”

3. Citizens Can Take on Cleanup Costs

Nonprofit organizations often handle community cleanup efforts through charitable donations. If you live in a city where illegal dumping is prevalent and are lucky enough to have some quality environmental organizations that foot the bill, you may not feel the financial burden.

If a nonprofit isn’t tackling it, the local government has to step in and allocate funds for these projects. For example, Kansas City has $2 million written into its budget, paid for by the taxpayers, for illegal dumping cleanup. While most dump sites are simple enough to clean up if it’s simply household junk and bags of trash, the financial impact really comes from areas that have household hazardous waste leaking into the environment.

Solutions to the Illegal Dumping Problem

While there may not be one solution to prevent illegal dumping, there are plenty of ways to help combat the issue. The way you chose to take on the problem, though, depends on where the illegal dumping is occurring: on your property or in the community.

How to Prevent Illegal Dumping on Your Property

The easiest way to deter dumpers is to post “no trespassing” and “no dumping” signs in areas where it has occurred.  Identify areas where someone could dump a large amount of trash without being noticed such as heavily wooded locations, blind spots of a structure or spaces with detached buildings.

If signs are not working, consider installing a video monitoring system. While the camera itself acts as a deterrent, it will also give you evidence for authorities to help catch the culprit. It also doesn’t hurt to give your local police notice that you’ve been experiencing issues, as they could increase patrols by your property if they have the manpower.

How to Combat Illegal Dumping in Your Community

You’re driving down the street and you see a pile of garbage just sitting in an alley. You can tell it’s not supposed to be there. What do you do?

If you see an illegal dump site or spot someone in the act, contact your local authorities. While there isn’t a universal way to report illegal dumping, the responsibility of curbing the issue usually falls under your local solid waste or police department. Check your city’s website for an email or phone number to report issues.

In addition to reaching out to the proper authorities, consider getting in contact with a nonprofit that organizes community cleanups near you. Many of these organizations work closely with local governments to coordinate beautification efforts in affected areas and can provide you with information you need if you’d like to get involved.

Aside from cleaning the areas, Slavikova suggested that alertness of the issue can go a long way to preventing it.

“Raise awareness,” Salvikova said. “People need to know and understand why illegal dumping is a negative thing and how it affects them personally, even though it might not seem to. The problem has to be explained in a way that makes them personally involved.” 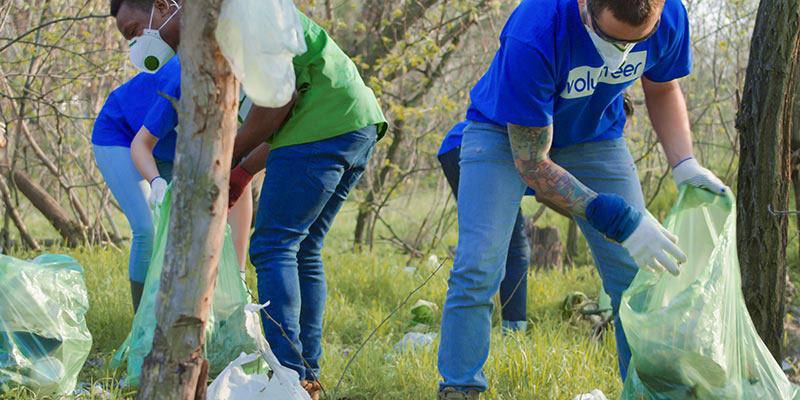 While stopping illegal dumping entirely would be a great thing, it’s an issue that won’t be solved overnight. However, just because the road is a long one doesn’t mean you shouldn’t start. Maybe you aren’t ready to organize a community cleanup. That’s ok. Start small. Report an illegal dumpsite if you see one. Pick up the litter as you’re walking down the street. Volunteer with a local community cleanup organization. Making an effort is half of the battle when it comes to helping combat illegal dumping.

Do you work for a community organization looking to help clean up illegal dump sites? We want to help. If your cleanup requires a dumpster, reach out to find out more about our dumpster donation program. How To Move Heavy Furniture

Prepping for a move? Making room for a new living room set? Use these tips for safely moving heavy furniture out of your house and into your dumpster. How to Get Rid of Freon From Refrigerators and Air Conditioners

Refrigerator on the fritz? Air conditioner blowing hot air? It may be time to dispose of your old appliance and remove the Freon safely. Find out how to safely remove Freon per EPA guidelines.