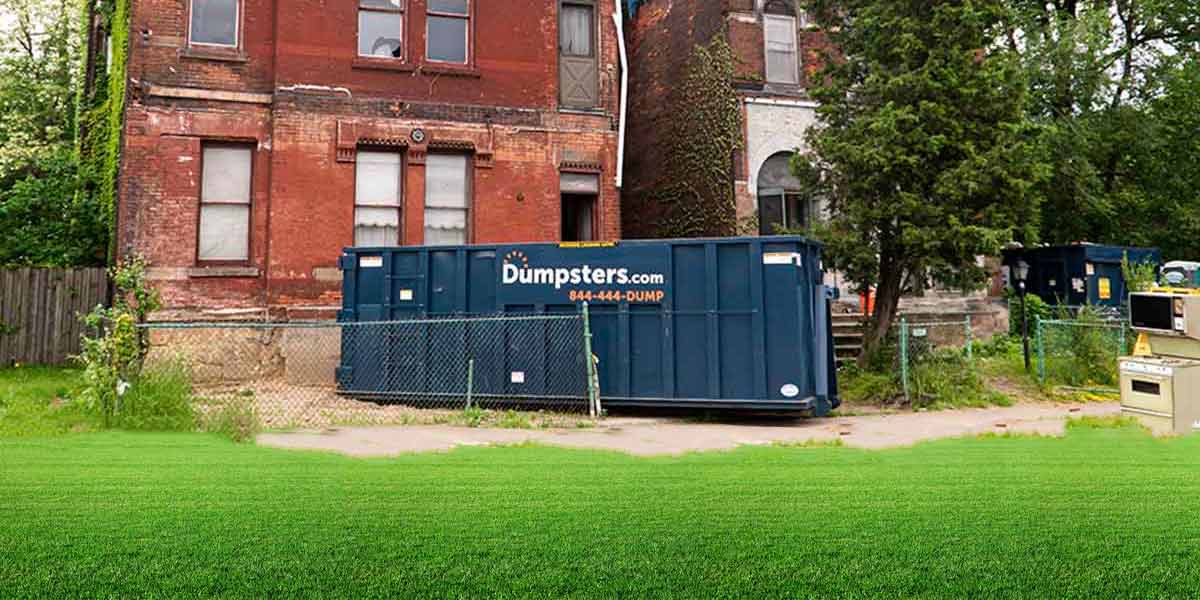 The Cleveland Restoration Society (CRS) is a non-profit committed to preserving the integrity of local structures that are in disrepair or in danger of being destroyed. The organization’s latest project involves rehabilitating two historic buildings known as the Dall-Mays homes on Cleveland’s east side.

We partnered with the group for the second time to supply dumpsters to haul away debris from the homes as they work through this project. Last year, we donated a dumpster as CRS worked to restore another historic home in the City of Shaker Heights that was threatened to be demolished.

What Are the Dall-Mays Homes?

These two houses, which stand next to each other, were constructed between 1875 and 1881 by Andrew Dall Sr. and his two sons. The Dall family immigrated from Scotland and were responsible for many notable structures within the Greater Cleveland area, like the Soldiers and Sailors Monument in Cleveland Public Square and many Euclid Avenue mansions that have since been demolished.

The Dall-Mays homes are listed in the National Register of Historic Places and designated Cleveland landmarks. They were built in the Italianate and Eastlake styles, characterized by low-pitched roofs with wide overhanging eaves and intricate wood designs on porch posts and railings, respectively.

The homes were occupied by James and Frances Mays, who lived in one of the houses for 40 years and rented out the other. According to CRS, they consciously upheld the integrity and history of the buildings over the years. Unfortunately, in recent years, Frances passed away, and James now lives in a nursing home. Without their care, the homes fell into disrepair. This prompted CRS and members of the Mays family to step in to help restore the homes, which were scheduled to be demolished.

Two Dumpsters Were Donated to Assist with Home Cleanout

Before CRS reached out to ask for a dumpster donation in Cleveland, they worked to stabilize the structures. Non-historic and hazardous elements were removed from the exteriors so the homes could be entered safely. Then, we delivered five 40 yard dumpsters to help clear out the inside of the buildings and get rid of unsalvageable items like unusable furniture, window treatments, rugs and other debris from past occupants. We’re proud to have donated two of these dumpsters to support their mission.

“The dumpsters are essential to this task. The homes are nearly impassable at the moment, and the items take up so much space it is difficult to see past them,” Margaret Lann, Manager of Preservation Services & Publications with the CRS, said during the cleanup.

“We’re happy to support this project and the work Cleveland Restoration Society does to preserve pieces of Cleveland’s architectural history,” said Courtney Demko, vice president of media at Dumpsters.com. “It is thrilling to play even the smallest role in the rescue and restoration of historic properties. We applaud Cleveland Restoration Society, their volunteers, staff and members for the ongoing work they do to preserve the history of Cleveland.”

The Next Steps for Restoring the Dall-Mays Homes

Now that the interiors of the homes have been cleaned out, CRS can let contractors and engineers in to assess the structures and see what it will take to fully rehab them. The organization hopes they can once again be beautiful places to live.

“CRS is committed to stabilizing the structures by preventing further water infiltration, making them safe to walk through and cleaning them out. Once that is complete, we will hopefully be appealing to a developer. These homes are well-poised to be adapted into affordable housing or as multi-family homes,” said Lann.

We are dedicated to assisting nonprofits in Cleveland and across the county by providing trash containers for various needs. Our corporate citizenship program provides dumpster donations for projects like the Dall-Mays historic building restoration, neighborhood revitalization endeavors, environmental cleanups and other community events. 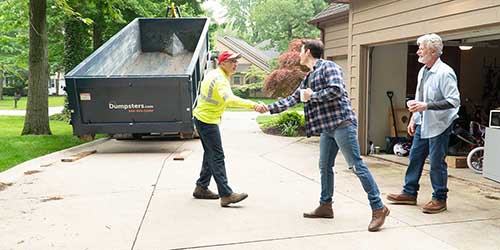 On The Job With Our Cleveland Roll Off Drivers

Without our drivers, our waste hauling operations wouldn’t be possible. Learn what it takes to be a roll off driver and why working for Dumpsters.com is special from three members of our fleet. 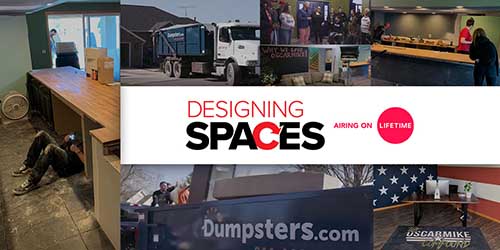 On Designing Spaces airing on Lifetime, we helped renovate a space for veterans at the Oscar Mike Foundation. We got the chance to visit the compound and donate dumpsters to assist with project cleanup.